Choosing Modules and Themes for Drupal

If you're a Drupal developer who's on the fence about trying Drupal 8, we hope this post will push you to go for it... or inform you that it's better to wait, if your project depends on a module that's not there yet.

NOTE: This post is based on the current status of all mentioned projects as of March 30th, 2016.

The Views module is in core now, and it's stable and ready to go! This is very different than previously, when Drupal 7's adoption was blocked for many months due to unavailability of Views. 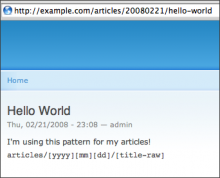 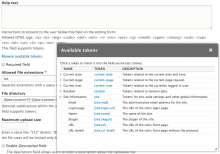 These guys are almost there! Both modules have been actively pushed forward by the community, mostly by Lullabot and MD Systems and, in the case of Pathauto, more recently by the Acquia Module Acceleration Program. Both now have alpha releases. Things seem good enough for start using them, though be warned: we noticed that pathauto bulk path generation doesn't quite work yet.

Here you can find a complete list of all modules that make use of Token and their current state for Drupal 8.

There's a new module for Drupal 8 that adds drop down menus for the admin menu. It's called Admin Toolbar. Works great for those of us who love going straight to the depths of the Drupal admin UI as fast as possible.

Views Slideshow is here! We can already use this popular module to build our slideshows with Views. There's also an alternative slideshow module, which also integrates with views, called Jssor Slider.

In Drupal 7, Features was one of the most popular ways of moving configuration across Drupal dev environments, and even across different sites! There is already a port for the Features module for Drupal 8. However, with the introduction of Configuration Management (CMI) in Drupal core, this module will have a different role in our development process.

The role of configuration management is to synchronize configuration across Drupal websites, so the configuration is exactly the same. The Features module allows you to export bundled functionality (like a photo gallery or a blog) and install it on other sites.

A couple of resources you will find useful in learning about the changes in the Features module for Drupal 8:

Bootstrap is so far the most popular Drupal 8 contrib theme being used by the Drupal community. One indicator of its popularity is that almost 1 out of 4 contrib themes available for Drupal 8 is based on the Bootstrap theme. 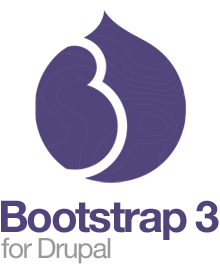 So far, there are almost 100 Drupal 8 Themes on Drupal.org, compared to the 690 Drupal 7 ones. Some of the most popular are:

Some other modules of note that are already stable or at least in alpha or beta:

And some new things to look forward to using on your Drupal 8 projects:

juin 3, 2020
En savoir plus sur Introducing Drupal 9, the Next Evolution of a Proven Web Platform