The camp had a great turnout, with over 140 hearty New Englanders (and two foolish Floridians!) braving an epic blizzard (dubbed "Snowtober") that knocked out power for much of the state.

I really enjoyed having a chance to present on Evolving Web's approach to Drupal testing and QA, which included Alex's impromptu demo of Evolving Web's custom Redmine plugins for Google Spreadsheet integration and simplified wiki editing. 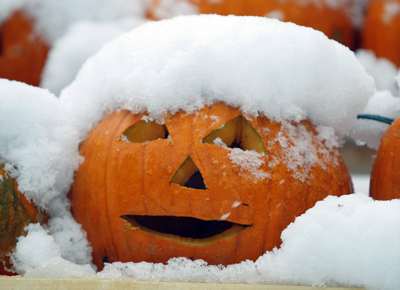 The camp featured five session tracks, which meant there was always something for everyone. The after-party at a local microbrewery was a great way to reconnect with friends and catch up on Drupal gossip while drinking a locally brewed pumpkin ale and watching the snow fall. I'm very glad that the power didn't go out until midnight!

You can find photos and tweets from the camp via this Storify page.

I'd like to thank Jake Strawn (@himerus) and Michelle Lauer (@bymiche), for organizing a great event, and for hosting me and other attendees at their place for two nights. They're simply an awesome Drupal couple.

Dec 19, 2011
Read More about Developing With Views Part I: Describing your data to Views